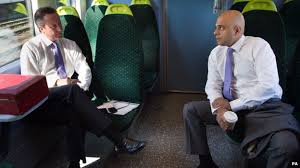 An article in the Telegraph reports that the Conservative Party may call for a vote of no confidence in David Cameron’s leadership should Scotland vote Yes on the 18th. This is yet another chapter of a story, played out during this parliament, in which the Tories do everything they can to lose the next election, desperate to turn the chance to govern for the next decade at least into crushing defeat.

The news that Cameron may be in trouble if Scotland votes for independence may be the only good thing to come out of such a poll for Ed Miliband. The leader of the opposition would be in trouble himself should the independence referendum go against him, but at least if Cameron is defenestrated his party will know that 2015 is finally looking a whole lot better for Labour, even without the Scottish seats. I would go as far as to say that Labour would at the very least be the biggest party after the election if Cameron is removed.

The Conservatives have yet to figure out that continuity is their best shot at a majority next time round – these are the guys that steadied the economy, so don’t change doctors while the medicine is still working, all of that. If you get rid of Cameron, you lose this completely. You can try and make Osborne more front and centre, but the Tories will still have lost massive ammunition. Cameron is the one guy that the British public (I may have to get used to not using that phrase soon) thinks is PM material. Yes, as it is often pointed out, he has the in-built advantage of already being Prime Minister, but again this only informs us of what a calamity they would be inviting upon themselves should the Tories go down this route. People seeing Cameron as the natural premier may be the best thing in the Conservative arsenal.

For what it’s worth, I don’t think they’ll opt for regicide in the end. There may be some metaphorical tomatoes thrown at Cameron should Scotland say Yes, but I think it will stop there. The Telegraph article suggests that Sajid Javid would take over as leader (and presumably as Prime Minister) in the run-up to May 2015. It’s too radical, too risky. It would be fascinating for those of us who are not Tories to watch play out, but I can’t see anyone but Cameron taking the Conservatives into the next election, regardless of what happens between now and then, including the break-up of the country which he leads.

But having said that, let’s just see. The Tories have managed to pull back from hitting the self-destruct button so far, while flirting wildly with it many times. Perhaps this time, the button gets pressed.