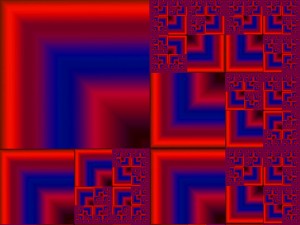 The Prime Minister is due to give a speech this week on immigration and the European Union. In terms of what constitutes sensitive fault lines within the Tory brand, it would be hard to get touchier than these two topics (unless of course, UKIP style, you wish to roll them into one). And yet, former Northern Ireland Secretary and DEFRA minster Owen Patterson has decided to have his own, competing speech on Europe this week. One that, from the sounds of it, will play havoc with the narrative Cameron is trying to re-establish.

Perhaps Patterson’s motivation is anger at being returned to the backbenches after the last reshuffle. Perhaps he really cares so much about Britain leaving the EU, he feels the need to break ranks. It seems to me that Owen Patterson doesn’t seem to realise that this is about a lot more than Cameron and his political future – the entire Conservative Party is at stake in this debate. Or perhaps he knows and simply doesn’t care.

The defining feature of the Conservative Party used to be hard edged pragmatism in the name of remaining in power. This appears to be on the edge of being abandoned in pursuit of some form of ideological purism. I understand the fear about the rise of UKIP, but trying to emulate them as much as possible isn’t going to win the Conservative Party a majority. The whole point about big tent parties is that people vote for them for a variety of reasons. If you narrow the tent, less people fit inside. I’ll return to campware in a moment.

Meanwhile in the red corner, there’s the Emily Thornberry tweet and subsequent panicked reaction. In the old days, had something like this occurred, a non-descript SpAd would have been trotted out to face the media and offer some half-arsed explanation such as: “Emily was interested in the fact that due to the flags, there was no natural light getting into the house. We in the Labour Party are concerned about our citizens Vitamin D intake.” The hacks would cough in incredulity and everyone would soon forget about it.

O how times have changed. By having Miliband and a cabal of Shadow Cabinet members popping up every few seconds to talk about just how awful Thornberry’s tweet was, and how much they themselves “respect” white van owners, three things have happened:

1. It gave legs to a story that might otherwise having quickly died.
2. By having the story go on and on, it simply gives more airtime and newspaper space to the idea that the Labour Party is out of touch with working class voters.
3. All of this white van man/cross of St George worship has an alienating effect on the people Thornberry was speaking to with her tweet in the first place, i.e. those north London Liberati types that are fast becoming Public Enemy Number One within Labour ranks – despite the fact that the party has no hope of getting a majority if these London voters decide en masse to stop supporting them.

Does Frank Field for instance not realise that by spouting off about the “north London liberal elite” who run the party, he’s not doing Labour any favours, either long or short term?

Labour and the Tories used to be experts at identifying the places where their big tents were the weakest and then trying as best as possible not to highlight these points. Now it seems as if they are very happy to poke their fingers into the holes and give the fabric as big a tear as possible. What’s strange about this is that they seem to have forgotten why they pursued centrist policies in the first place: because that’s where the voters who decide elections are.