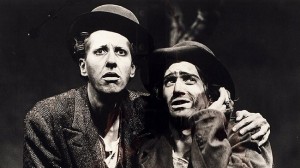 There once were two gentlemen who shared the same first name: Roger. Despite their disparate upbringings, the two Rogers eventually became the best of friends.

Roger Dorrell was the son of a shipping magnate, Dorian Dorrell, a man who was at one time the forty-seventh richest man in Great Britain. Roger One (as we’ll sometimes but infrequently call him) was a difficult child, the type who would have caused his parents a great deal of headache had he not been shipped off to boarding school at the nearest opportunity. The boy grew up angry and resentful and hated both the teachers and the other children at his very expensive school with equal measure. Despite this, his parents were insistent that Roger at least get decent enough grades to get into Oxbridge, which he duly pulled off (with plenty of extra tutoring, paid for by his father).

Roger Latimer’s background could not have been more different. Roger Two grew up on a council estate in Leeds. By the time he was fifteen he had done community service for a number of crimes ranging from graffiti to punching a teacher (a woman incidentally, in the face, breaking her nose). He was one of the twelve children born to Desmond and Julie Latimer of 43 Spires House, Geofill Road, Leeds, LS3 4RT, who all grew up shoulder to shoulder in a flat built for two people. His mother Julie, who was a mere fourteen years his senior, was a prostitute who sold her body for gin before expiring while Roger was in his late pre-pubescence of liver failure.

The two Rogers met at Cambridge University. Latimer it turned out, for all of his anti-social behaviour, was an extremely brilliant student. This had been cordoned onto mostly by luck, when one of Roger Two’s correction officers, who in a previous life had been a professor of pure mathematics (a life curtailed by scandal, the likes of which does not interest us for now), noted the young man’s gift with numbers. He was presented to several well-connected folk who eventually helped the young man from Leeds receive a full scholarship to St. John’s College to study chemistry. Dorrell meanwhile had only managed to get into St. John’s, as was alluded to previously, via his father pulling a great deal of strings, some of them legal, many of them not.

Dorrel and Latimer met during the first week at university they both shared, and despite their opposing backgrounds and social positions became practically inseparable, right off the bat, the very best of mates. Unfortunately, they also turned out to each be a very bad influence on the other. Dorrell encouraged Latimer’s violent streak, one he had managed to keep subdued through channeling his aggression into his studies for the years leading up to post-secondary education, while Latimer aided Dorrell in being even more lazy and feckless than ever before. As it happens, the two Rogers were expelled from the college at almost exactly the same time (although for separate reasons). After a brief meeting during their final night at St. John’s, they both agreed on what was to happen next. They were going to traverse the entire Mekong River on a raft.

Quick geography lesson: the Mekong River is long, the twelfth longest on the planet, and covers six countries. It starts in Yunnan Province in China, flowing from there into Burma, Laos, Thailand, Cambodia, eventually emptying out into the South China Sea from the southern tip of Vietnam.

Given how ill-prepared they were, combined with their cultural ignorance and lack of nautical nous, it is a small miracle that the two Rogers faced no difficulties on their trek down the Mekong until right near the very end of their journey. They had flown from London to Shanghai and then taken a series of trains west. When they reached the nexus of the river, they bought a cheap boat and followed their nose.

The glorified raft that had made the journey with the two Rogers was two or three days at most from their destination, the Mekong River Delta, where they planned to dislodge and then travel the short distance to Ho Chi Ming City, when Latimer caught Dorrell gazing with concern at a map they had recently acquired from a group of lost Thai travelers.

“Where exactly do you reckon we are?” the Yorkshireman asked his posh partner in crime.

“Somewhere between hope and despair,” was Dorrell’s reply. Latimer hated it when his friend proffered these vague, semi-piss taking answers. But he lived with it as a tick of his mate’s personality.

“Is there any of that terrible American beer left downstairs?” the Roger from Leeds asked Dorrell, referring to some Schlitz they had managed to procure from a Thai black market several weeks back (for an absolutely extortionate price, as you can probably well imagine).

“Drank them all the other night when we had those Cambodians on board.”

Latimer smiled at his recollection of the Kampucheans mentioned.

“That was a good night.”

There was then a stirring in the jungle to the right side of the raft. Both of the Rogers snapped to attention upon hearing this, as sometimes water buffaloes would charge into the river after them, and the quasi-raft they were riding on was particularly vulnerable now as the river was fairly shallow where they were.

“What the hell was that?” Latimer asked.

“Relax, probably just a hog or something.”

Latimer then noticed that the raft had begun to drift to the right.

“You feel that?” he asked his friend.

“And I’m telling you, dear boy, that that is simply a physical impossibility.”

The raft then proceeded to crash into the riverbank, sending both of the Rogers flying onto dry land.

“I might possibly have been incorrect in my last assertion,” Dorrell admitted as he spit mud out of his mouth. However, the very next moment they both had bigger problems to contend with than minor oral unpleasantness. For they then noticed that they were surrounded by a small army of soldiers, pointing their AK-47s in the faces of the two Englishmen.

The two Rogers were then marched at gunpoint to what appeared to be some sort of base camp near-by. From what Latimer could gather, they seemed to be some sort of anti-government militia, a sort of Southeast Asian version of FARC, political ideals unknown. They were placed in front of a man who appeared to be in charge of the whole outfit, but as no one spoke any English this was somewhat hard to confirm.

After some debate amongst the Vietnamese, the pair were taken to a small hut where they were guarded by a small fat man holding a Kalashnikov. Exhausted by the whole ordeal, the Roger One and Two fell asleep against each other. Latimer woke up first, about an hour later, and noticed something very odd about their guard – he appeared to be dead. The man from Leeds shook his friend awake using his shoulder.

“What?” Dorrell asked, annoyed at being awoken from his slumber.

“Have you noticed anything odd about the guard?”

Dorrell, not generally noted for his sharp powers of perception, looked at the individual mentioned and could see nothing of note.

Dorrell thought this ridiculous and registered his dismay by blowing a raspberry before adding:

“He’s not dead. His chest is moving.”

“I’m serious, I think he must have died while we were asleep. This could be our one chance to escape.”

Latimer picked up a reasonably sized, yet throwable stone that lay within touching distance and held it in front of Dorrell’s face.

“Only one way to find out.”

Latimer then went to throw the rock at the guard. He was stopped by Dorrell, who grabbed his friend’s arm in mid-flow.

“Are you bloody bonkers? You’ll get us murdered here.”

“I’m telling you, mate the guard is dead! This could be our only opportunity to escape!”

“Drop that rock! Drop that bloody rock!” Dorrell was yelling quite loudly now.

“Don’t you think the guard would have woken up by now after you’ve shouted like that?”

Dorrell considered this for a moment.

“Not necessarily. It could be like a “guards at Buckingham palace” type scenario.”

Latimer looked at his friend as if he were mentally deficient.

“Sod this,” Latimer said, as he threw the rock in his hand directly at the guard.

“NO!!!!” Dorrell shrieked as the stone flew through the air. It hit the guard square in the chest and bounced right off. No response whatsoever from the Vietnamese. It looked as if Latimer were right.

The two Rogers ran out of the hut, oblivious to the fact that there could well have been a guard posted outside the hut. Luckily there wasn’t, as the leader of the cult that was running the camp, a cult dedicated strangely enough to the memory of the 1960’s television programme “Hogan’s Heroes” that had managed to stay in business by ransoming the lives of stray travelers to the area, the one way in which it was in anyway like FARC, realised that he was stretched to the limit with his manpower resources as it was. Several of his comrades had died earlier in the week after a failed siege on a near-by munitions factory, and all he could spare to make sure the two Englishmen (who didn’t look like much they could be worth a great deal, in all honesty, and the Brits never tended to pay up anyhow) didn’t escape was his most useless soldier, the fat and (unbeknownst to the cult leader) arterial sclerotic Hien Giang.

“I reckon that’s it, we’re safe,” Latimer said as soon as they were half a mile or so from the camp.

“Don’t count your chickens until we find the raft.”

Latimer removed a compass from his pocket that for whatever reason the cult militia hadn’t confiscated. He fiddled with it for a moment, making sure he was accessing the right information.

“The river is that way,” he said, pointing slightly to his right.

“How the hell do you know that?” Dorrell asked incredulously. He had never been able to grasp anything about geography and tended to get lost even in London or Cambridge, cities he had spent a great deal of his life in.

“When we were captured, I managed to take note of our position and what direction we were heading in,” Latimer explained patiently, well used to his friend’s shortcomings in this regard.

Sure enough, the raft was exactly where Latimer thought it was and the boys continued down the Mekong, coming soon to the Delta where they managed to easily secure transport via a rickety old coach to HCMC.

“You really got us out of that one, my friend,” Dorrell said, turning affectionately to his working class buddy. Latimer shrugged modestly.

“It was a team effort, mate. I couldn’t have done it without you.”

“No, don’t say that. It was you who recognised that the guard was dead, and you who figured out where the raft was. I just want to say that I appreciate it,” Dorrell said, moving in closer to his friend, their knees slightly brushing together.

“It was nothing, mate. I’d do it again if I had to,” Latimer said, his voice suddenly quivering for reasons he could not immediately comprehend. Dorrell then gave a light stroke with his hand across his friend’s hair. Having suddenly crossed that invisible barrier between matey backslapping and unquestionable homoerotism, the two Rogers turned away from each other and said nothing whatsoever until they reached the Vietnamese capital.