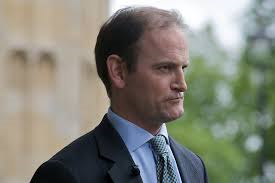 Douglas Carswell, MP for Clacton, resigned from the Conservative Party yesterday to join UKIP. He also said he will be resigning his seat, thus forcing a by-election. I’ve had a vision for how I think the whole thing will play out, so here goes.

A date is set for November 6th. First item of business is selection. For UKIP, it’s straightforward as Douglas becomes the UKIP candidate and Roger Lord, the UKIP candidate until Carswell defected, becomes the Conservative choice. The horrible irony that the Tories and UKIP have just swapped candidates is glossed over as much as possible by both parties. Labour select Shakes O’Mulligan, an obscure Geordie stand-up comic whose act revolves around pretending/actually being drunk off his face. As soon as he is announced by Labour HQ as the Clacton candidate, Labour List and Left Foot Forward go mad with outrage that, yet again, the Labour Party appear to have picked a joke PPC for a by-election, this time in a possibly winnable seat given the circumstances. “We are proud to have Shakes represent us in Clacton,” reads an extremely dull communiqué from Victoria Street. “Through his tireless efforts to shine a light on the horrors of extreme dipsomania, Shakes has shown he has community spirit in his blood.” The unfortunate wording at the end of the press release leads to a week of “what other spirits does he have in his blood?” style joshing from the political media.

The Liberal Democrats meanwhile select James Clacton, whose family moved to the area in 1152, a man so local he has never set foot outside the electoral boundaries of the constituency for the whole of his life, lest his heart explode.

The Tories throw everything at winning, realising that to lose would mean existential crisis for the party. Literally thousands of young Tories flood the area to flyer, door knock, make phone calls. Meanwhile the People’s Army seems more like Dad’s, with the average age being about 71.

A hustings is planned in early October. However, when the night of the event arrives, Shakes can’t make it due to a gig in Skegness, and James Clacton fails to attend as the location for the hustings is perilously close to the constituency boundaries, so he is advised to stay away by his doctor for fear of possible pulmonary repercussions. That leaves it as a straight fight between Lord and Carswell. As you would expect, the whole thing becomes an argument over who is the more right wing of the two. Lord suggests that once Britain withdraws from the European Union, we should build a six hundred foot high wall in the Channel so we never need look at France again; Carswell retorts that he is already working with a private firm who is building a hydraulic system that will be able to tow Britain into the middle of the Atlantic.

Polling day comes and, possibly predictably, Roger Lord is elected the Conservative MP for Clacton with a 4,000 majority. Shakes, who despite not visiting Clacton once due to his busy touring schedule, comes second. Carswell comes third, a warning to all Eurosceptic Tory MPs thinking of defecting, the modern equivalent of the head on a stick.

What started out as a sudden and unforeseen disaster for David Cameron becomes a great victory, a huge and helpful step in quelling any UKIP problems come May 2015. Not only does Carswell act as a warning to his MPs, it communicates the idea to the public that a vote UKIP is a wasted one. What starts as a victory for Farage becomes a possibly irrevocable defeat. The existential crisis is now all his.