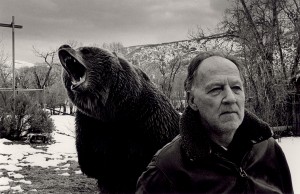 One day, almost exactly ten years ago, a friend of mine whom I will refer to only as the Chicago Connection and I were hanging out near the Franco-Spanish border. We had come to a town called Puigicerda on the recommendation of a random bloke we’d met in a Barcelona bar (how all of the best nuggets are discovered, right?). Turns out that Puigicerda is a swinging town at the right time of year – and we’d come out of season. We were in Catalonia, but it felt like Colombia, with large gangs of men driving around in open topped trucks. We walked into a restaurant called “Class” and ordered dinner. Sheep’s brains were the chef’s specialty. My Chicago Connection asked early into the meal whether or not he should palm his knife just in case.

We ended up soon after in a bar where the staff only spoke Catalan, not a word of Espanol (we’d been getting by during the month or so we’d been in Spain up until that point relying on my Chicago Connection’s high school Spanish). We met a Russian prostitute who gave my American friend unasked for and indeed undesired chiropractic therapy. He implored me to get us both not only out of town but out of the country as well.

So we crossed the border into France, on foot. My Chicago Connection always was a bit of a Francophile so as soon as we were in La Republique he acted as if we’d just exited a version of purgatory only to step into a Jean-Luc Godard film. We slept in the Pyrenees where we met a couple from Yorkshire who were motor biking across Europe. I made fun of Hull, thinking from their accents that they were from Leeds. Turns out they were from Hull.

In the morning we walked to the nearest French town only to discover that in order to get back to Barcelona, due to many factors which include the incompatibility of Spanish and French rail lines, we would have to walk back to Puigicerda, a distance of a not inconsiderable four miles when one factors in the hilly terrain. Bereft of better options, we returned to Spain on foot. My Chicago Connection bitched the whole way. To calm him down, I told him that once upon a time, Werner Herzog had recommended that prospective filmmakers walk from Rome to Paris as opposed to attending film school. My Chicago Connection was a real Herzog buff (it was one of the things that had sparked our friendship, along with a love of Crispin Glover and Frank Zappa), and so the idea of this stuck with him. Once we were back on a train towards Barcelona (having spent a couple of hours at Puigicerda train station which felt like something out of a Leone film), my Chicago Connection said to me:

“You know, I think I’m going to do that Herzog thing you said, walk from Rome to Paris.”

“You just acted like you were being crucified having to traverse four miles using your legs; Rome to Paris is something like a thousand, you do realise.”

He seemed so sure. And the story gets better. When he got back to the US and I to England, I looked up the relevant Herzog quote and discovered it was much worse than what I’d put forth in Catalonia – Herzog had actually suggested walking from Madrid to Kiev, a distance of almost three thousand miles, treble what I’d quoted on that Barcelona bound train. However, this revelation only seemed to steel my American mate. He did indeed walk from Madrid to Kiev. I saw him off in the Spanish capital; caught up with him in Paris on the way through (during a period when I was having much more of an existential crisis than he was, walking along his merry way through stunning continental Europe, the Midwestern prick…); I greeted him in the capital of Ukraine as he arrived there. His body shut down as soon as he stopped walking, having been on his feet for six months. One of the more bizarre moments of my life was trying to procure my Chicago Connection a banana in Kiev’s central rail station (he was calling out for potassium underneath his blue tinged face), no one bothering to listen to my pathetic attempts at the Russian language (Kiev was and remains a predominantly Russian speaking city).

Anyhow, what prompted you here was Herzog, so I should speak more about the great man in question. He is like a lot of my heroes in that he is from the middle of nowhere (like me), wouldn’t accept the shitty life that had been prescribed for him (like me), and so he decided to do whatever it took to get himself where he wanted to end up. Werner stole a 35 mm camera from the university closest to him and began shooting away.

Truth is, as much as I idolise Herzog on an intrinsic level, even I have to admit that a lot of his early flicks are not that great. “Fata Morgana” has huge atmosphere, and “Even Dwarves Started Small” may well be the ultimate outsiders film. But they aren’t things anyone would watch again and again out of anything but a slight sense of masochism. “Aguirre: Wrath of God” is one of the most critically praised films perhaps of all time, yet it is inescapable that while the last half hour of the film is one of the most brilliant passages in cinematic history, the opening hour and a bit is so dull, you will want to claw your eyes out. All of Herzog’s early works are interesting as pieces, not as entertainment.

But what’s really great about Herzog is that he got better. A great deal better. The two films he made with Bruno S in the 70’s are masterpieces, particularly “Stroszek”. The documentaries from the 90’s are all great, my favourite being “Little Dieter Needs to Fly”, which is about a man who was stuck in a prison camp during the Vietnam War recounting his experiences there, blow by agonising blow. But Herzog really reached his zenith with “Grizzly Man”, a 2005 documentary. If I had to set out a top five films of all time, “Grizzly Man” would be in it, without question. It gets right to the heart of what I love about Herzog’s filmmaking. It is a documentary about what in some ways was the ultimate outsider – a man named Timothy Treadwell, a guy who found himself so alienated by society that he decided to spend most of his time living in Alaska with grizzly bears, some of the most ferocious creatures on Earth. He tried to sort of live as one of them, or at least as close as one human being could come to living out such a goal.

Treadwell was an actor, a drifter, until he found his “calling”. From there, he began to spend his summers in Alaska, amongst the bears, and then the rest of his time talking about his adventures, mostly with schoolchildren. I think it is key to understanding Treadwell that he never asked for a fee when doing this work and had to mostly live off the kindness of others to continue to do what he did.

Herzog is mostly interested in Treadwell’s filmmaking, the stuff that he shot while interacting with the bears. Having only the best half hour or so of the footage Treadwell shot over the course of several years reveals some incredible stuff: two male grizzlies engaged in one on one combat, Treadwell clearly filming at what for anyone else would have been considered unbearably close range, in one such instance. Herzog does take time to revel in his superiority from time to time, though. There is a great sequence in which Treadwell sets up a shot and then runs out of view in order to get something. For about six seconds, the camera dwells on the supposedly empty frame, one which is incredibly stunning for reasons that are hard to explain. Herzog tries: “Seemingly empty moments have a strange secret beauty”. Forget about walking three thousand miles – if you want to understand how to make films, you could do worse than to watch this small section of “Grizzly Man”.

I’ve seen the film many times while depressed, possibly because however I felt at the time and whatever I was going through, at least I wasn’t as far gone as Timothy Treadwell. This has caused me to reflect on whether what I like about the film is simply some form of lowest common denominator emotional comfort food. Is it possible that “Grizzly Man” is simply “Eastenders” for people who eat houmous? On reflection, I don’t think so. In fact, I’d go as far as to say that the film is one of the most accurate emotional Rorschach tests I’ve ever come across. What people make of Treadwell after seeing the film will tell you a great deal about their personality. Some simply cannot relate to his pain at all and think he should have “simply got on with it” and stopped playing with his bears. For others, the story is completely overwhelming, and they find themselves watching it over and over again.

For me, beyond the comfort food aspect of it I’ve already described, the thing I really like about “Grizzly Man” is that in a strange sort of way Treadwell succeeded in what he set out to do. He wanted to escape from society and go and live with the bears; he managed to do so. Yes, he never achieved the sort of crossover man-animal symbiosis, but that was always impossible and he must have known that, deep down. His story has been told and been immortalised by one of the world’s great filmmakers – not bad as legacies go.

I suppose it also takes me back to that time in Spain a bit too, my Chicago Connection and I bumming around a country foreign to us both, trying to escape from civilisation while knowing that was impossible, at least long term. We knew we would both eventually return to the English-speaking world and whatever that held in store for us. Incidentally, I am not trying to imply that the inhabitants of Spain are in anyway analogous to man eating ursidae.

The film ends with the man who discovered Treadwell’s only very partial remains, a pilot, singing a sad little song to Timothy’s memories. So long, Treadwell, so long.