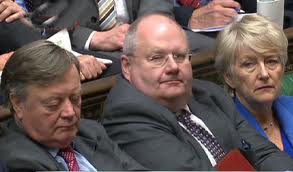 Birmingham and Tory conference just go together in my mind somehow. I feel like it should be here every year. It’s not the south and it’s not the north, greatly advantageous. The ICC is business like, efficient, reflecting the party itself. Or at least the Conservative Party as some within see it. Increasingly, the party feels like two distinct forces being held together against each side’s will.

I was at a British Influence/Conservative Europe Reform Group joint hosted reception last night. Damien Green gave a really fantastic speech in favour of Britain remaining in the European Union. He spoke of the benefits economically that being in the Union brings, of the unknowns that would greet any country being the first ever to actually leave the EU. It was nice to hear pro-EU sentiments from someone on the centre-right, as there is a very strong case to be made from that side of the political spectrum as to why our membership of the European Union is a good thing.

After the speech I mingled with those who had come. And there I found a lot of people who aren’t that politically removed from myself. Some self-apply the term liberal, others would never think of it. But whether they know it or not, many of them are basically classical liberals. Standing in that room, you wonder why the Lib Dems and the Tories have had so many raging battles during the course of this parliament.

Then you go and check out things like the “Freedom Zone”, an unofficial word for a group of events being run by shall we say, very right wing groups, and you find something that feels like a whole different party. One that is vociferously anti-Europe, is pro-death penalty, is socially conservative. “UKIP-lite” is a term that gets applied, but really it feels like UKIP under a different banner. In fact, thinking about it, this section of the party can feel in some ways even more right wing than UKIP.

There is a huge philosophical disparity between the liberal Tories and the right of the party, but that in and of itself would not be enough to cause a genuine split. However, Europe may be enough to do it. Imagine Cameron as Prime Minister after the 2015 general election, meaning that there will be an In/Out referendum in June 2017 (those two things are almost certainly mutually inclusive). We know that a huge swathe of the Tory backbench will want to campaign for an Out vote regardless. So if Cameron does his renegotiation, then backs an In vote, what happens to the Conservative Party? Mark Reckless just said aloud what a lot of Conservative backbenchers are thinking anyway: the renegotiation is a con, Cameron wants to stay in, he’s already decided that, so the referendum will just be a stitch-up, as it was in ’75.

The leader of any Out campaign would almost by default be Nigel Farage. So if Tory backbenchers line up with Farage in order to try and convince the British public to back Out, won’ t they be UKIP in all but name anyhow?

Incidentally, I should mention that every Tory I’ve spoken to here in Birmingham thinks what I’ve just said is tosh; the party has been threatened with splits before and has always held together. It will do this time, they say. I suppose we’ll all see in time.