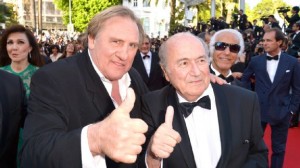 I’ve been feeling glum this past week. Don’t worry, it has little to do with England going out of the World Cup; the emotions are rooted in something more personal that I shan’t share with you right now, if that’s all right. The thing about feeling melancholy for an extended period of time is that your whole outlook on life changes during the period when you are feeling low. It’s like the world has slowed down considerably and you find yourself concentrating on things that normally you would let pass you by.

You also suddenly develop strange taste in music. I suffered through the Crash Test Dummies being on Canadian radio throughout the mid-90’s, due to the country’s idiotic CANCON laws (stipulating a minimum level of “Canadian content” on all media), and developed a searing hatred of Brad Roberts’ baritone. Quite logically as well: “Mmmmmm” is very possibly the worst song of the whole of that particular decade. However, yesterday I found myself listening to “Superman’s Song” over and over again in a sort of act of self-flagellation, finding the song sadder and sadder each time through. When you suddenly think “Hey, you know that Roberts chap doesn’t have such an annoying voice after all,” you have possibly developed some emotional problems that require immediate psychological treatment.

This same sense applies to the football. Every match I watch fills me with a slight sense of doom, mostly centred round the fact the group stages are coming to an end. Something about that just strikes me as sad at present – all those plucky no hopers going home, only the strongest having survived, the Darwinian struggle that lays at the heart of the World Cup exposed anew.

I’m certain what would probably cheer me up instantly would be if I could get my hands on a copy of the FIFA movie, starring Tim Roth as Sepp Blatter. If that sounds like something I have just made up, let me assure those of you who have not heard the news that the “Blatter as conquering hero” film is a reality. It debuted at the Cannes Film Festival last month. It’s called “United Passions” and covers the history of the international football governing body, with Gerard Depardieu as Jules Rimet and Sam Neill as Havelange.

I am dying to see this thing. For me, this is the kind of thing cinema as an art form does best, shameless hagiography, normally paid for by the subject in question. Blatter apparently even had final say on the script. While this is not as good news as Kim Jong-un blowing the entire electricity budget of the country he lords it over making “North Korea: the Motion Picture”, the fact that a FIFA movie exists, with name actors portraying its “heroes” as well, is pretty sublime.

So with the group stages of the World Cup sadly coming to a close, what have we learned? Not much. No one looks really dominant yet, with perhaps the exception of Costa Rica. If they win the World Cup, I promise not to be sad anymore. But that’s a lot to count on. Someone get me the FIFA movie, quick.