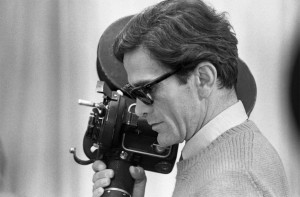 X Factor auditions are now underway across Britain, so get on down there all you hopefuls! A Metro article this week very helpfully outlined what potential X Factor contestants should do to ensure their place on the programme. All one needs to do apparently is acquire talent, good looks, great hair and “chemistry”; the last item the Metro doesn’t adequately explain, so I’m sorry I’m unable to elaborate. The problem with the list given by the daily that may jump out at you immediately is that most of things are actually not acquirable, particularly in a short time frame. Good hair could be faked, but improving overall looks is tricky. Plastic surgery doesn’t really work in extremis and as for talent, you either have it or you don’t. Short of goin’ on down to the Crossroads and hoping Satan shows up to bargain with, you’re stuffed on that account. Chemistry sets are widely available, however.

Jo Brand has put her two pence in, saying that the X Factor exploits the mentally ill. This comment served to remind me why the show is as successful as it is – because it has something for everyone. Except if you have decent taste in music, of course, but I digress. The Jo Brands of the world have a target to aim at when pontificating on the ever growing decadence of “late capitalism”, while the Tories in the crowd can point to the rabble vying for a spot on the show who throw the occasional tantrum when their atonal caterwauling is cut dead by Mr Cowell and co as the perfect demonstration of the Welfare State run amok (“Look at their sense of entitlement, the plebs!”). There’s probably not much there for either the far-right or the far-left, but then again there never is in mainstream entertainment by definition. The far-left probably think that the X Factor represents capitalism at its most degraded, not realising that in a fully socialised state X Factor viewing would probably become mandatory; no better way of numbing the citizen’s sense of individuality can match the programme. Any commie dictator would certainly not throw something that precious away.

It should be mentioned at this point that the whole X Factor format always seemed to me to be a glorified version of the 1970’s American programme The Gong Show. The set-up there was three celebrity judges who would sit and watch a succession of amateur acts come on stage and do whatever it is they did. If the act was thought lousy enough, any of the judges could hit their gong and stop the act there and then. The ones who didn’t get gonged competed for a prize, which was apparently the princely sum of $516.32, the Screen Actor Guild Minimum pay for a day’s work at the time.

There are many differences between the Gong Show and the X Factor however, one being the 70’s show was mostly funny while the X Factor is mostly sad. Existentially so at times, and I had to admit I sort of knew what Jo Brand was on about. All these people, desperate to be somebody, marching towards the harsh sting of rejection like WWI Tommies marching towards enemy machine gun fire. Which is why it’s also a bit like a Pier Pasolini film. For those unaware, Pasolini was an Italian filmmaker whose heyday was the 60’s and 70’s, and who was known for making depressing films about people who were depressed, usually desperate to escape from the squalidness of their existence. There was a lot Catholic guilt in the mix, as well as gender issues. The characters are always unable to escape their fate in a Pasolini flick, and at the end of the movie they find themselves sat in a field of nettles in a semi-coma, or stood naked next to a volcano, screaming their guts out. Pasolini was obsessed with S&M as well, so the sadism and masochism that exists in a piece of mainstream entertainment like the X Factor would have told him a great deal about early 21st century western culture. Then again, he was a communist, so perhaps he would have thought it was all great and made a film about a group of horrible people trying to take the show off the air, only to find that a combination of penis envy and a fear of the rapture stopping them.

On that note, best of luck to all of those brave and/or stupid enough to face the metaphorical guns of the X Factor panel over the coming weeks. If I see any of you standing in the road naked, munching on weeds and screaming, I’ll understand.