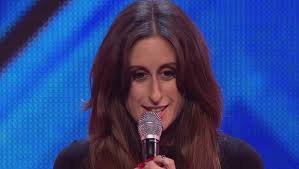 There are many things I don’t like about the X Factor, but amongst them is what its presence has come to definitively signify: the official end of summer. In association with the appearance of the karaoke related television programme in homes across Britain, is the tiresome discussion around the “Battle for the Xmas Number 1” that happens at the same time.

This push to top the charts come Santa’s big day is a very bizarre ritual that seems to endure, in spite of the fact there aren’t really charts anymore so I don’t see why having a number one even matters. Perhaps it’s just one of those things we just can’t bear to part with, even though we know its time of relevance has long past.

Apparently, Samuel L Jackson, he of “get these motherfucking snakes out of Ezekiel 25:17” fame, has decided to add “musical star” to his list of accomplishments. He is supposedly putting together a charity record that, in time honoured, Rage Against the Machine fashion, he hopes will keep the X Factor pile of drudge off the top of the who-gives-a-shit “charts” on December 25th.

‘I don’t think my singing will ever sell anything and my rapping is even worse!’ he told the Sun. All in all, it’s extremely unclear what the actor will actually do on his own record. Maybe he’s taken up the triangle.

Cheryl Cole’s annoyed. Actually all of the X Factor judges are, but particularly Cheryl. Why? Someone calling themselves Raign, who’s apparently got a good voice (I tend not to watch the show sober, if I’m forced to watch it at all for familial reasons, so I’m not the best judge of these things), but is a…..whisper it….bit of a diva. My wife tells me I talk about the death of rock and roll too much (because I do) but here is that concept in a nutshell: when did pop stars have to be so anodyne? Talented artists tend to be a bit weird, a bit difficult. It comes with the terrain. Perhaps it might even mean they have something to say, and thus to contribute to the body of work that is popular music in some lasting and meaningful way. But Simon is right about one thing: her eye makeup is pretty regrettable.

But if Raign was to progress in the X Factor, if history is anything to go by, then she’ll be as boring and squeaky clean as you can imagine by the time the semis roll around. Dodgy eye makeup replaced with salon worthy paint. This must be clear to the members of the panel. So is Cheryl’s outrage faux, simply a tactic to generate some stories around a format that is running out of ways to titillate? I couldn’t possibly comment.