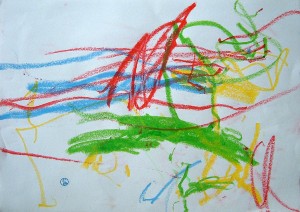 PREFACE: Although I’m slightly loathe to do this, I feel for many reasons the need to disclose that what you are about to read is complete fiction. Have fun.

After I walked out of my job at the meat packing plant following the Snowback incident, I spent most of my unemployed afternoons huddled in my apartmet with Todd. One particular Saturday, we were just hanging around doing nothing whatsoever, as had become the norm, and I decided I’d had enough stewing.

“Man, let’s go out and do something for a change.”

“There’s nothing to do.”

Todd had a point. We lived in the most boring place in the universe.

“We could catch a movie.”

I could tell now that Todd wasn’t listening; he was scrounging around inside my cupboards, looking for something I knew from experience would reveal itself soon enough.

“Dude, where is your peanut butter?” he asked, annoyed.

“I don’t eat peanut butter. We’ve had this discussion many times before.”

“Yeah, and you always tell me that you’ll get some from the store for the next time I’m over here.”

“I never say that. I always say, “What’s with your obsession with peanut butter anyway? I have fresh meat here, which you never touch. Why not eat the meat?”

“Yeah, and I always say in response, “Did you know that the peanut is the most plentiful food source in the world?”

“Just go to the fucking store and get me some peanut butter, Tyrone”.

I decided it was best to comply. I didn’t feel like arguing about breakfast food all day, and like I said, I wanted an excuse to get out of the flat anyhow. On my way to the store to purchase some peanut butter for my friend, a large native Canadian accosted me. I got the feeling that I’d seen him before somewhere.

Jesus Christ, now I knew who he was. It was from an incident in a terrible bar a few weeks previous that had involved Todd, myself, a cheese grater, a pool game we lost, and a hundred gallons of mouthwash.

“I have something to show you,” the native said through me apologising profusely and inarticulately for the Dinky’s incident. “It’s something real important.”

“What’s your name?” I asked him, thinking as we were now involved in a joint venture, perhaps formal introductions were in order.

I held out my hand for Big Joe to shake. He completely ignored it. We then walked around towards the back of the convenience store that had been my initial destination, my mind now a blank. It had never occurred to me that what Big Joe wanted to show me would be in anyway actually interesting. I was wrong on this count: what I discovered round the back of the store was a three-year-old child, a blonde haired, blue-eyed boy who could have been the poster child for the Aryan Nations.

“Big Joe, if you please. Don’t know. Came to the store to hang out. And he was here.”

“What, here behind the dumpster?”

“Yeah. Behind the dumpster.”

“And why did you think I’d be interested in the kid behind the dumpster?”

“I figured he should be with his own people. And you look white enough I think.”

“He doesn’t talk. I call him Archie.”

And with that, Big Joe turned around and left. Faced with a sudden moral dilemma, I decided to take Archie back to the flat with me.

As we walked along together, I tried asking the kid some basic questions about his situation but he just looked back at me with eyes that seemed to communicate his lack of English comprehension. Looking at his blonde hair and blue eyes again, I started imagining that maybe he was German. I had a next-door neighbour who was German, an old immigrant man named Max. I had never really talked to him, just passed him in the hallway a couple of times. He was kind of a weird guy; his right arm seemed to be disabled, which gave him a strange lop-sided gait. I wondered if it was some sort of war wound, but decided that was possibly a culturally insensitive assumption. Anyhow, I decided on the spur of the moment to knock on his door, Archie in hand. Luckily, Max was home.

“Max, can you say a few things to this kid in German?”

“What are you doing with a German child?”

“Why do you think he’s German?”

Max stared at me silently for a few seconds before slamming the door in my face.

I returned to my flat to come face to face with an instantly disappointed Todd.

“Dude, I can’t believe you forgot to get the peanut butter. You are a serious retard.”

“Haven’t you noticed something?”

“I have already noticed your serious lack of peanut butter.”

Todd stared at Archie, then me, then Archie again. Meanwhile the kid looked this way and that, as if he was scoping the place to possibly rob it later on.

“He was just standing around behind the Sev.

“Why the hell did you bring him here?”

“Don’t you think we should try and find his parents?”

“Have you asked the kid where he came from?”

“He doesn’t seem to speak English.”

Todd stared into the middle distance. His very probably stoned mind reeled at the possible solutions to the current situation.

“I thought of that already.”

This seemed to exhaust the solution-generating mechanism within Todd’s tiny brain. He reverted to type.

“Let’s think about it later,” he said.

I fell asleep listening to Black Sabbath, Todd and I’s usual routine. Archie sat listening to the music, neither seeming to enjoy it nor be perturbed by it. I had to endure Todd’ usual round of terrible Ozzy Osbourne impressions as I drifted in and out of consciousness. I decided not to worry too much about Archie for the time being. I figured if he started a fire, the smoke would wake me up. Maybe he’d even let himself out and cease to be my problem any more. When I awoke, Todd was passed out on the floor next to me. My first thought was to wonder where Archie was. I soon let out a scream when I realised the location of the kid: his face was about two inches from mine, at ten o’ clock from my head. He didn’t react to my squeal of surprise at all. He instead continued doing what he must have been doing for the previous small eternity. And that was simply staring, unblinkingly, at my face.

“You have very strange eyeballs.”

I was obviously quite taken aback by his sudden command of the English language.

“So you’re not German then?

“Of course I’m not German, you dipshit.”

“Following the same logic, couldn’t I also be Swedish? Or Norwegian? Or I don’t know, Canadian?”

The kid’s logic was impeccable.

“Why were you hanging out beside a dumpster behind a Seven Eleven?”

Archie’s eyes left mine for the first time since I awoke. It was a relief. Archie let out a short, derisive laugh.

“You really want to know, Tyrone?”

I wondered how the hell he knew my surname, but was too weirded out to ask about it.

Archie paused for a moment, seemingly intentionally building up the tension.

“Big Joe and I have what you might call, an arrangement.”

Just then, a loud knocking came from the front door.

I got up and answered the door. Sure enough, it was the fuzz.

The next thing I knew I was on the ground, a knee in my back. I was being handcuffed. Archie began to scream, loudly and hysterically. An officer of the law tried to calm him down to no avail.

“Nick Tyrone, you are being arrested on suspicion of kidnapping.”

I was picked up and dragged out of the apartment. Archie followed behind, still screaming his lungs out. Todd remained asleep throughout this whole interlude.

After a ride in a cop car, I ended up being interrogated in a little grey room.

“Where did you intercept the foundling?”

“The what?” I answered the man who had introduced himself to me as Office Senko, a very tall, muscular man with a crew cut and a lisp that made him sound slightly effeminate. He didn’t like my answer and so he slapped me across the face. It hurt a lot less than I thought it would have and wondered instantly why Senko had hit me so lightly.

“Why did you call him the foundling?”

“Why, what do you call him, pervert?”

Senko slapped me again, this time so lightly that I actually barely felt it. I even wondered if he’d simply waved his hand near my face as opposed to making actual physical contact.

“That kid’s parents have been worried sick about him. Do you realise that, Tyrone?”

Senko’s eyes went a bit funny. He paused and stared at me intensely.

“You heard me, dickcheese!” he screamed at me, quite shrilly, almost in the note range of a small girl shrieking.

Senko then become like a broken record, yelling this phrase over and over again like a mantra in response to whatever I said to him. Seriously, it was a bit like this after a while:

“Is there something in particular you’d like me to say right now?”

“Rock on with your bad self, Senko.”

This went on for approximately ninety seconds before a man in a terrible sort of 70’s style salmon and brown coloured suit stuck his head into the room.

The officer who had just repeatedly compared me to foreskin collection walked slowly towards the grey door separating us from the rest of the universe, staring and pointing at me the whole way. Senko momentarily missing, I sat there in the interrogation room alone, starting to consider for the first time exactly how much trouble I was in. Maybe I was going to jail, maybe even for a long time. Maybe my life as I knew it was over. Would that be such a bad thing? I had no job, no prospect of one. Perhaps prison wouldn’t be the worst place in the world for a guy like me. Then I snapped to my senses and quickly realised that actually, prison would be the absolute worst place in the whole world for a guy like me.

“You’re free to go. The parents have decided not to press any charges.”

Senko turned and was about to leave before he then turned back and to say one final thing to me.

“They’re neo-Nazis, the parents. They live in some sort of commune. The foundling likes to run away about once a month; says he wants to be an Indian.”

Senko exhaled heavily and then stared at the ground before giving his closing benediction.

“This is one fucked up world we live in, Tyrone.”

Needless to say, I never saw Archie again. A few weeks later, the meat packing plant called and offered me my old job back. I snapped it up like a starving man being offered a slightly decrepit hot dog. Not great, but better than any alternative. Sometimes I wonder what happened to the little guy, Archie, the foundling, as Senko so charmingly christened him. I wonder if he ever escaped from the fascist compound for good.